It’s a lot of fun to create trip videos. Not only do you get to see the world’s greatest destinations, but you also get to share your adventures with a huge audience that is constantly looking for exotic travel experiences. Editing your vacation movies, on the other hand, may be very challenging.

Not only there are many channels churning out quality content which makes it almost impossible to stand out, but the footage collection is also notorious for being tedious and time-consuming.

Therefore, unless you are exceptionally careful and vigilant while recording your surroundings, you run a high risk of getting lost in the crowd.

Although with tools like InVideo, you can edit almost any video seamlessly, having an edge never hurts. This post culminates a few exceptional video editing tips that can help you in the effective capture and seamless editing of your recorded footage.

Let’s get started with the tips.

Start with the camera that will be used to record your trip footage. Smartphone cameras are immensely popular as they are very simple to photograph with, and are constantly with us, and are small enough to take anywhere.

Remember, the greatest camera is not the most expensive or flashiest; it is the one you always carry with you. We can also shoot a lot of videos in slow motion, so if you’re doing the same, check your camera settings to ensure your phone is recording in the manner you want.

Finally, before you begin with a video editor of choice, ensure that your file storage is configured to your liking. If you have an iPhone, it’s suggested that you disable iCloud for your phone’s video storage since it may create havoc while attempting to transfer the files.

There are two kinds of footage in video editing: A-roll and B-roll. The former refers to any shot in which someone is speaking directly to the camera. Everything else is included in the latter.

All the stunning images of people, places, objects, details, and cuisine. Typically, the A-roll is used to set the groundwork for the video, while the B-roll is used to support and further convey the narrative.

That’s quite amazing, isn’t it? Is it beginning to make sense at this point? Choose the content of A-roll & B-roll that you prefer, cut out the bad bits, and remove the rest.

The splice between two clips that have been cut together to form a sentence is referred to as a “jump-cut” in video editing. If you simply play the talking head, you will notice a jump in the cut between the two, but if you do it correctly and overlay some supporting B-roll over the cut, this will go unnoticed.

Allow someone to talk for little more than ten seconds longer than necessary; cut the fat, get to the point, then splice it together with some B-roll.

You have now reached the point where you may begin conveying your narrative. If you’ve cut enough, you should have the desired number of B and A-roll clips without excessive fat around the margins.

Now you can begin reorganizing the material and layering the appropriate B-roll parts over the A-roll portions to bring the scenes to life.

Remember to begin each scene with an establishing shot, to use supporting B-roll to help bring what someone is saying to live, and to conclude each scene with suitable closing shots. This will be true not just for individual scenes, but also for the whole video.

Once you’ve layered all of your B-roll on top of your A-roll, you should be able to reduce the total duration of your movie by around 40%-50%, bringing you quite near to a completed project, or at least close.

Following that, begin sifting through any extra supporting or beautiful footage you shot throughout your trip.

Including a timelapse of a vehicle going through the woods, a sunset, or an epic, revealing drone view of the city you’re in would really help your film stand out.

Once you have pared down all of this information to the bare minimum, it’s time to add the music and really bring this beast to life.

This is not something that everyone does, yet we take it for granted.

To capitalize on the short attention spans of the majority of viewers. You need to create a seductive and fast-paced opening for each video that is jam-packed with the most stunning images, humorous clips, and powerful sound bites to captivate our audience.

This technique enables viewers to see what’s on the video within the first five seconds, which should pique their interest enough to stay and watch the whole thing.

Do not be afraid to mislead your audience into viewing your films; if they are excellent enough, they will be grateful you did.

The biggest error you can make is to believe that someone cares enough to watch your 15-minute film when a two-minute version would have been much better. Maintain a brief intro, between 5 and 20 seconds, and you’ll be doing your video and ego a big favor.

Editing travel films may be a frightening job, but we hope this tutorial has shed some light on some of the best editing guidelines. While we love bringing our trips to life and get immense pleasure from sharing our experiences with you, it is also a lot of effort.

If you want to be left with a wonderful recollection from your trip. Have the energy and resources to create a video, we hope this is as beneficial to you as it was for us to create. 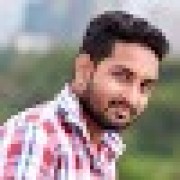 How to Style Sneakers for Almost Any Outfit

A Beginner’s Guide to Essential Caving Gear and Equipment

Visiting NYC on a Budget: Your Guide